Registration is officially opened for #SpringOneTour! Make plans to join us March 10-11. 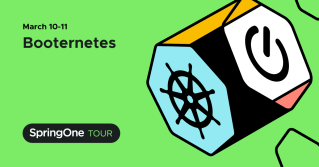 Production is the happiest place on earth, but the journey there is long and few make it. TechRepublic estimated in 2008 that 68 percent of software projects fail, and there’s nothing funny about that, so we’re going to talk about something else. Join VMware developer advocates Josh Long, Mark Heckler, Nate Schutta, Paul Czarkowski, Cora Iberkleid, and Tiffany Jernigan as we build software with Spring Boot and then explore one of computing’s hardest problems (after vertical layouts in CSS): designing and deploying for production on Kubernetes.